For those of you who habitually ignore Apple's iOS updates you may have found that your iPhone 6,SE, 6s or 7 performance gets sluggish when you try to have too much going you may have found it just switching itself off at 30% battery status or higher.

So what happening and how can an iPhone battery replacement possibly make my iPhone work faster?

Within some of the more recent iOS updates Apple have included some 'improvement' that recognise when your iPhone [6,SE,6s and 7] battery is struggling 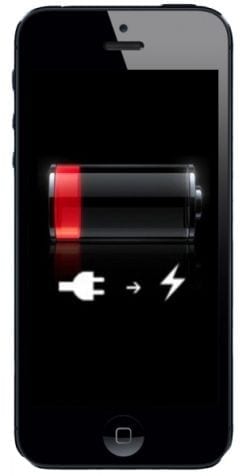 and rather than it switching itself off they actually slow the performance of your device down - commonly known as 'underclocking'. The idea is that you work slower but your phone is still on.

Apple have denied  accusations that they are tampering with older devices via iOS updates to try to get customer to purchase the latest models.

In a statement, Apple said that, as they age, lithium-ion batteries used in its phones become less able to provide the top levels of electrical current needed.

The problems with peak current draws especially occur when batteries are cold or low on charge - "which can result in the device unexpectedly shutting down to protect its electronic components", Apple said.

All iPhone model use 'Lithium-Ion' batteries or Li-On as they are more commonly known.

Li-On batteries are popular for many phone manufacturers as they charge quickly and don't need to be completely depleted before being charged.

One downside of Li-On batteries is that cold conditions 'increase the internal resistance and diminishes the capacity of the battery'.

Apple do in fact state that their devices are designed to operate best between 0 and 35 degrees Celcius.

iPhone Battery Replacement - Will it Fix The Issue?

Before Apple intervening with their iOS updates the phone could switch itself off to protect it's components even if the battery showed 30% or more.

After the Apple iOS updates the phone will slow itself down to protect it's internal components rather than turn itself off.

An iPhone battery replacement for the models in question will fix the issue Apple claims (although the cold weather will still affect performance of any Li-On battery remember).

Are Apple Trying to Help Here?

Well there's an argument for and against.

It can be argued that slowing an iPhone down is better than it randomly turning off.

The cynics will argue that either of the above symptoms will have a large number of iPhone users heading for an upgrade regardless of Apples intentions of why they have done what they have done.

Our view is that Apple should have just explained what they were doing to their customers. That way it wouldn't look anything other than helpful. Having updates forced on iPhone owners has been an issue for a while and is tied up in law suits around the 'right to repair' and now a whole new set of law suits have been triggered specifically about this latest issue.

Will Apple learn? Probably not. Can you get your iPhone up to spec again without an expensive  iPhone 8 or [very expensive] iPhone X? Yes you can.

If you're in or around Suffolk, ArmaFone in Ipswich can provide you with an iPhone Battery Replacement in no time at all and at an excellent price - with 12 months warranty as standard.

P.S. One other reason that any iPhone can turn off whilst showing a normally usuable battery level is that the the battery meter is calibrated assuming an ambient temperature of between 0 and 35 degrees Celcius. If it's colder the battery meter will basically be giving you false readings so be warned - maybe keep a portable charger with you if you're heading out into the cold!

Get a Quote
Form ID not found!