Amid the usual 6 months of hype, conjecture and rumour the iPhone 7 is finally here….well not here, it’s been ‘launched’….or should I be saying that the rumours have been ‘confirmed’?

It will be some time before the new iPhone will actually arrives in any great numbers in the UK – as an iPhone retailer and part of the official b2b distribution channel  we know from experience that the pre-orders start here!

Actually, now I think about it – we usually have a pile of pre-orders for every new iPhone variant that has been launched to date – even the 6s which was way down on previous launches…

I have to admit the 6s over the 6 for me was a bit of a non event; the 7 appears to be less of an event as apparently none of the usual Apple fans within our customer base have pre-ordered one, not one!

Are we all a little iPhone’d out?

So Apple have gone out on a bit of a limb with this one – I’m sure we’ll be selling 3.5mm to lightning cable adaptors before long but despite the current bandwagon of slating Apple for their arrogance I’m pretty sure we’ll all end up either using their new kit or an adaptor with our old kit.

Not sure about this.

Obviously we get a lot of water damaged iPhones through here but we equally get a good number of later Samsungs and Sony Xperia models that have suffered from a dunking….and they are supposedly water proof/resistant or whatever word the corporate lawyers and marketeers can agree on.

Wait to see on that – pretty sure the new iPhone will be put through it’s paces pretty quickly including a day at a waterpark or a deep see diver or something similarly irrelevant to what we can expect from the iPhone 7 waterproofing capabilities.

Now this does sound interesting – this is something that even I am keen to have a play with! I will do a full test once we have a real iPhone 7 in my grubby mitts.

So this is what we do – first we try to stop you from smashing, dropping or dunking your new devices and then we repair them for you when you manage all that stuff anyway.

So what do we know about protection for the iPhone 7?

For those of your who don’t know Urban Armor Gear they are a U.S. based manufacturer of very tough, very stylish (and not too big) cases for just about every Apple product there is plus an increasing amount of other manufacturer’s smartphone offerings.

Their cases offer MIL-810G protection (read my other posts on this but it basically means they are hard a****e) and come in an increasing variety of colours bit really only in variations of the original design – a bit like the iPhone range I guess!

There is a slightly different colour range of Urban Armor Gear for the iPhone 7 and a new variation on the design – which I think is actually the best looking case for an iPhone that I’ve seen. But then I am male, 50 years old and like going to pubs and things so it’s my kinda case – be interesting to see what the younger generation and both sexes feel about the rather masculine design of the new Urban Armor Gear for iPhone 7 design?

aThat’s it for now – take a look at the pics – basically the new iPhone is here and it’s got a couple of ‘bits’ worth mentioning and the best selling Urban Armor Gear have mirrored that with cases to suit and made some improvements to the design.

Actually I think the new UAG design is probably more exciting than the new iPhone design!

But that’s just me – let’s see how it goes and I’ll update with some of the industry and public reaction to the new iPhone as well as introduce new iPhone 7 accessories as they are launched.

Wonder how long before we get the first one of these through the door with a smashed screen!?

During these difficult times we are now able to offer on-site tech repair services to keep your family and businesses connected and safe. 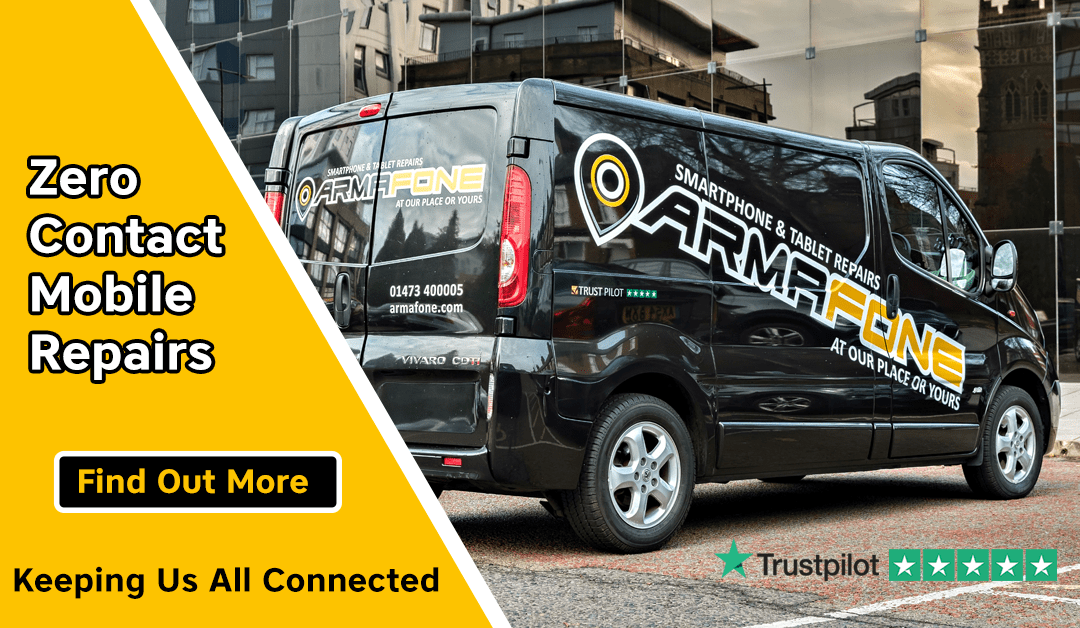 Using our zero-contact repair procedure our technicians maintain social distancing from start to finish. We do not need to enter your premises and all repairs are undertaken in our fully fitted mobile workshops. Find Out More Here